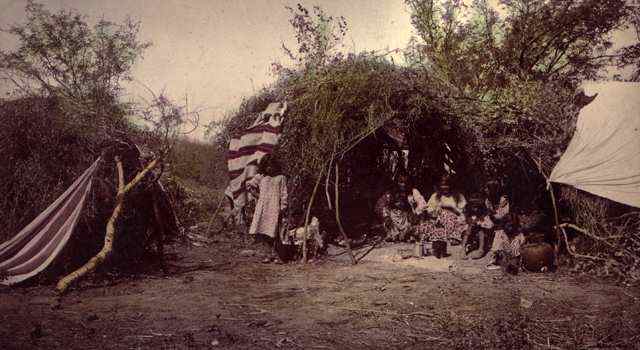 In 1871, a document titled “Resources of Arizona Territory with a Description of the Indian Tribes; Ancient Ruins, Cochise, Apache Chief; Antonio, Pima Chief; Stage and Wagon Roads; Trade and Commerce, Etc.” was published by the authority of the Legislature.  In a section titled “Indians of Arizona,” it tells us the following:

The Apaches are divided into small bands and are governed by petty chiefs or captains.  The main divisions of the Apaches are named the Coyoteros, Pinals, Tontos, Apaches, Mohaves and what is known as Cochise’s tribe.  Each of these tribes or bands has more or less divisions and are governed as said before by the petty chiefs or captains of such band.  They have no common head and when the chief of one of these bands is not acceptable to his people he is removed and another chosen in his stead.  In this respect, they are republican.

They have lived principally by theft and such supplies as they could obtain from the natural products of the country, as far back as we have any written knowledge of them.  They have levied their contributions for centuries upon Arizona, New Mexico, Sonora, Chihuahua and Durango.

They often travel hundreds of miles from their mountain homes and unexpectedly sally forth upon a settlement to murder, burn and destroy and capture herds, and carry into captivity women and children.  There are many Mexicans now with them who were stolen when so young that they have no recollection of home or relations, while many were taken at an age that the memory of father, mother, brothers and sisters could never be effaced, and such embrace every opportunity of escape, and have often returned after an absence of from 10 to 15 years to gladden the hearts of fond relatives who had never ceased to mourn their sad fate.  The tales of anguish as told by these poor people, of the long years of captivity, or hardships and hunger, or fears and hopes for life and liberty, and of constantly witnessing the murder and torture of their own people, are heartrending in the extreme.

The Apaches are polygamists, and have as many wives as fancy dictates, or as they can induce to live with him.  The women do all the hard labor, and are often treated with great severity by their lords and masters.  They have no matrimonial ceremony to celebrate the marriage relation, but if the bridegroom is possessed of any property he is expected to give something to the bride’s father at the time she is taken from the parental roof.  After marriage, these Indians expect and demand fidelity on the part of their wives, be they few or many; and any deviation from the paths of virtue is punished by cutting off the nose.  The writer has seen a number of their women after they had been disfigured in this way.

Repeated attempts have been made to place them on reservations, btu they are invariably proved treacherous in their pretensions, and while being fed at the expense of the government have often murdered and robbed citizens and when their nefarious work was done, return again to the reservation for safety and rest.  There are undoubtedly Apache Indians who desire peace, and policy and humanity dictate that they should be placed upon a reservation and be fed and guarded and not allowed to roam at will and murder and devastate as has been the case in all previous experiments.

Cochise is the most noted of all the Apache chiefs, and while all the other bands are independent of him, they all give him assistance in men and supplies whenever he makes requisitions.  The murders committed by this notorious chief, if given in detail, would cause the blood to curdle in anyone’s veins who has a heart of sympathy.  The misery and torture he has inflicted, if portrayed, would cause amazement that a just God ever created such a monster.  To the personal knowledge of the writer full 100 have fallen beneath his hand during the past two years.  He is inventive in his means of torture.  Women are often made captives and subjected to a life worse than death.  Children are placed on spears and roasted over a slow fire and write in misery until life is extinct.  Men are hanged and gashed with knives and pierced with arrows until death gives relief.  Reader, these are stubborn facts.  Do you wonder the people clamor for protection and feel deeply wronged when their brethren, far removed from these horrid scenes, denounce them as barbarous because they want peace and these Indians subdued? 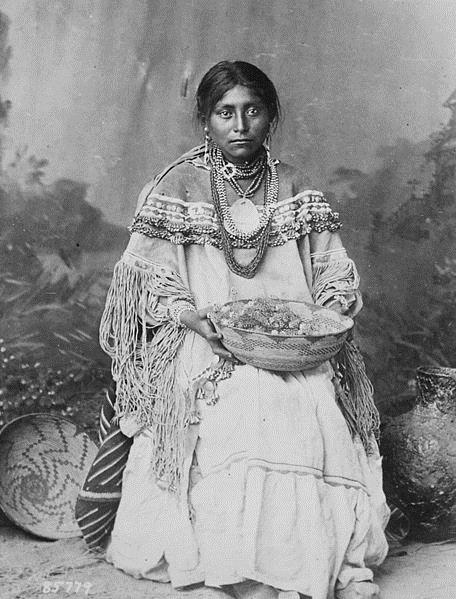