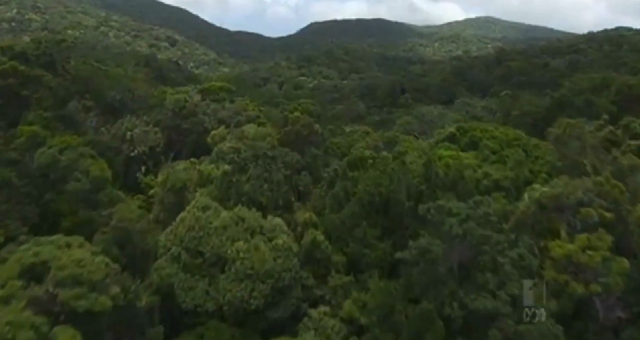 Living in Australia for 50,000 years, in order to survive, the Aboriginal people learned every ecological detail, immortalized it in the law, and passed it on through the generations.  They transformed the entire continent of Australia into the biggest estate on earth.

Agriculture came to Australia about 9000 BC, discovered simultaneously in numerous places around the world.  In Australia, they created gardens, dug ditches for drainage, and planted crops using the same tools they were using when contact with the outside world was made in the early part of the 20th century.

By now, people in Australia were learning to manipulate the available plants and animals to increase their food resources. They transformed an entire continent into a huge estate, fully sustainable until outsiders arrived.  Some of the initial contact with the outside world was made with Aboriginal people within memory of now elderly Aboriginals.

Agriculture stabilized where people lived, as they farmed the same area repeatedly once it was determined to be productive.  Agriculture in Australia began in New Guinea and is one reason why New Guinea developed so many cultures and languages.

Some of the food sources were toxic foods found in the rainforest.  The ancestors found ways to detoxify plants and through that process, provided reliable, sustainable food sources.  Although it does make you wonder how many people died or became ill in the process of discovering the multiple steps required including roasting, soaking in water and leaching.  Rather amazing that this discovery was ever made, considering the complexity of the process. 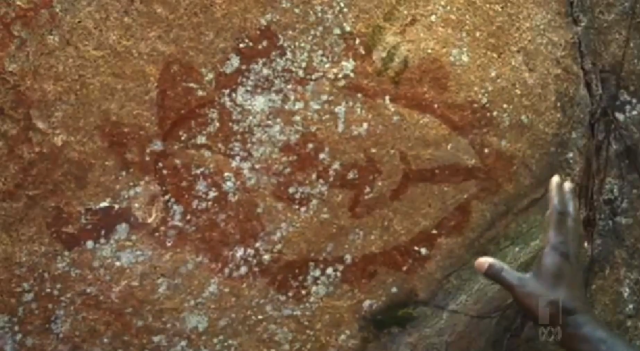 The mask in The Mask Cave of New Guinea is about 2500 years old and represents the community and also the chieftainship.

The Lapita People, ancestors of the future Polynesians, would also settle in New Guinea, on their way to settle the Polynesian Islands.

Pottery was developed about 2500 years ago as well, possibly in conjunction with the arrival of the Lapita people.

Of course, warfare was also part of their culture, and headhunting raiding parties were greatly feared.  This too is recorded in rock paintings, with the enemy canoes depicted on the horizon.

These people were not simply hunter gatherers, living off the land.  They lived in stone houses and set up an elaborate series of fish dams and weirs taking advantage of seasonal flooding.   They also used fired for controlled burning during the dry season and for hunting.

Aboriginal people today can go and walk where their ancestors walked, sit where they sat and even visit the remains of their stone homes, shown below. 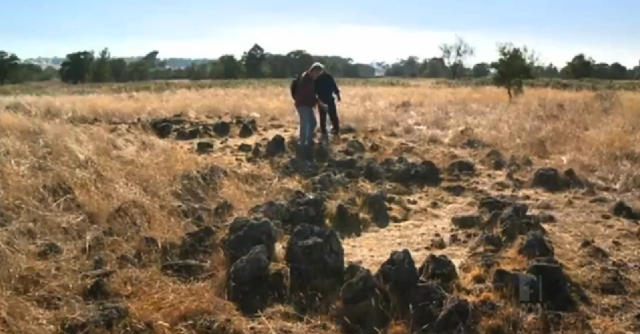 This is the fourth and final segment of this wonderful series.  As I watched the Aboriginal people, I was struck by some of the similarities of the ways in which the Aboriginal people and Native American people refer to their ancestors, as Grandmother and Grandfather, as a group.  They also show a great respect for what their ancestors left behind, giving it a sacred aura.  For example, when shown a piece of pottery excavated that was about 2500 years old, the Aboriginal man looked at it tenderly and reverently and said “hello Grandfather.” 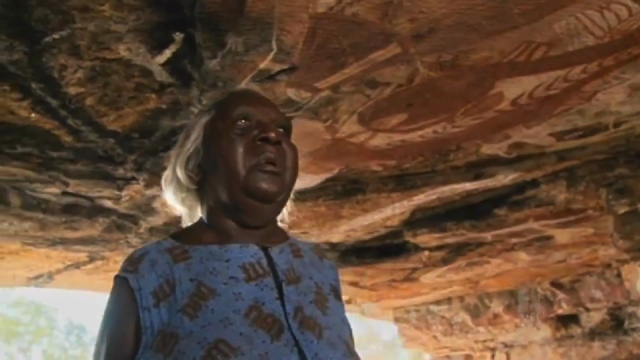 The cultural and spiritual footprint of the Aboriginal people in Australia is very much alive.  Watch the video below and enjoy.