On December 18, 1773 the Governor sent a message to the Assembly enclosing a letter from Archibald McKissack, a justice of Bladen County, “relative to a number of free negroes and mulattoes who infest that county and annoy its inhabitants.” 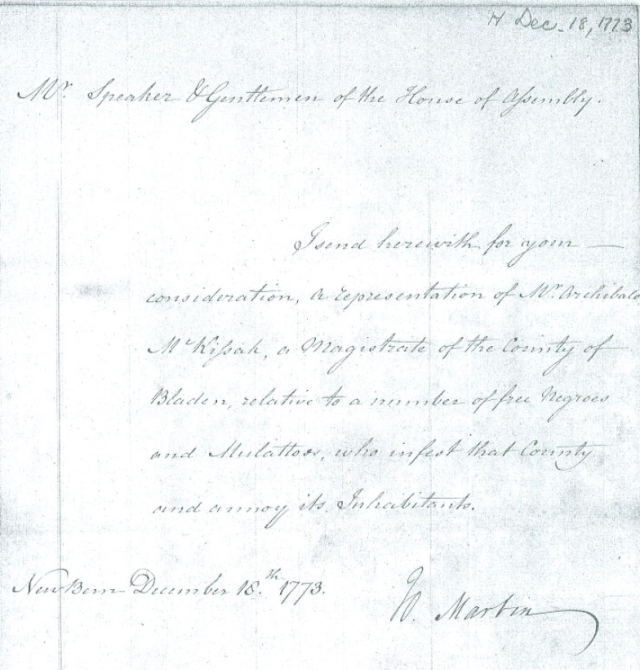 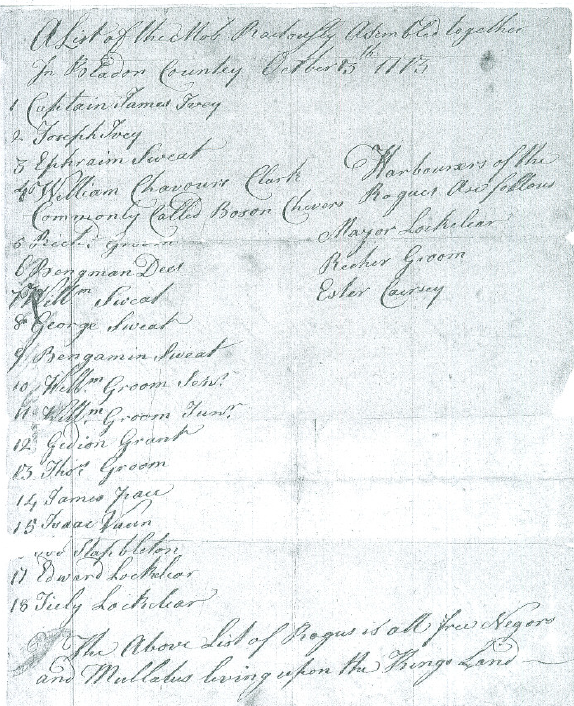 Also listed are “Harbourers of the rogues as follows:”

At the bottom: “The above list of rogues is all free negroes and mullatus living upon the King’s land.”

Students of North Carolina Native history will recognize a number of surnames associated with the current Lumbee and Carolina Tuscarora tribes.