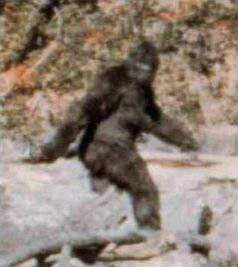 If a new paper yet to be published and currently undergoing peer review is valid, it appears that Bigfoot, also known as Sasquatch, is indeed, real and a hominid mix, meaning that Sasquatch is a human relative that arose approximately 15,000 years ago as a hybrid cross of modern Homo sapiens with an unknown primate species.

Following five years of research, a team of scientists has sequenced several Sasquatch genomes.  Results show that Bigfoot is a mixture between a human female, about 15,000 years ago, and a male, a previously unknown hominin related to Homo sapiens and other primate species.  Wow.  What a discovery!

This begs several questions.  Is all of the mitochondrial DNA the same, inferring a single maternal ancestor?  They have sequenced 20 different mitochondrial samples.  Given that it’s reportedly identical to that of modern humans, we can presume, one would think, that the mitochondrial DNA is Native American, so a member of haplogroup A, B, C, D or X.  Hopefully the forthcoming paper will be more specific.

The scientists sequenced three Bigfoot DNA samples and the results are stunning.  The male is not a contemporary human and they have eliminated both Neanderthal and Denisovian males as possible founders.

Dr. Melba Ketchum, one of the paper’s authors, states that, “The male progenitor that contributed the unknown sequence to this hybrid is unique as its DNA is more distantly removed from humans than other recently discovered hominins like the Denisovan individual. Sasquatch nuclear DNA is incredibly novel and not at all what we had expected. While it has human nuclear DNA within its genome, there are also distinctly non-human, non-archaic hominin, and non-ape sequences. We describe it as a mosaic of human and novel non-human sequence. Further study is needed and is ongoing to better characterize and understand Sasquatch nuclear DNA. Genetically, the Sasquatch are a human hybrid with unambiguously modern human maternal ancestry.”

The are subtle and not so subtle messages buried her as well.  Obviously, for the team to acquire 20 samples to process, there has to be a population of these creatures living in North America.  Of course, everyone has heard of Sasquatch and seen photos and videos, but until this, nothing has been terribly convincing.  If this is genuine and passes peer review, it not only confirms that Sasquatch is real, it vindicates many of the people who have had “sightings” over the years.  But as with much science, it raises more  questions than it answers.

For example, are there any non-admixed Sasquatch progenitors left, meaning the males that founded the Sasquatch line with the human female?  How would we tell the difference?  This of course implies that some sort of pre-hominid species existed on this continent before Native Americans arrived from Asia and had existed separate from hominids for a long time.  Is there other evidence of this creature in North America?

Where were these samples collected?  Are the Sasquatch samples studied from across North America or from one region only?  Are all of the Sasquatch related to each other, and how closely?  In other words, were there multiple founder events?  Was the Y-line DNA sequenced and what does it tell us? Were there multiple male founders or did the Sasquatch line arise from a “one time” event?  Do any of the Native tribes in these regions have oral history regarding either Sasquatch or interbreeding with Sasquatch type creatures?

Are there “Sasquatch” in other parts of the world as well?  The Yeti or Abominal Snowman of Nepal seems to be similar, and a scalp purportedly exists from that creature.  If DNA samples outside of North American have been sequenced, are they related to the North American Sasquatch or did they arise separately?

And finally, do these creatures have “rights” and are they the same “rights” as humans?  Given that they carry human mitochondrial DNA, and many Native tribes are maternally based, would they be considered “Native American?”  How do we, as humans, deal with this?  Are we learning that humanity is really a continuum?

Indeed, I look forward to seeing this published paper and I hope it is legitimate and not pseudo-science of some sort.  The mere fact that the scientiests have opted for academic publication versus a book or TV documentary certainly alludes to the fact that it is legitimate research.  You can read more about this announcment at these links.  I’ll let you know when the paper becomes available.

4 Responses to Bigfoot is Real???