In honor of Mother’s Day, I’d like to honor our Native mothers, historically referenced in many tribes simply as “the Grandmothers,” who came before us.  I’d also like to share with you what science and genetics has to say about the Grandmothers.

We know that the first Native Americans crossed the land bridge between Asia and what is now Alaska in North America sometime between 12,000 and 20,000 years ago.  The timeframe depends on which study you’re reading.  Many scientists believe the Native people were following game and unintentionally crossed to another continent.  After the ice melted, they were the first Americans whether they intended to be or not.  They may not have been aware that crossed into another continent.  The frozen Beringia probably looked exactly as the land on either side looked. But cross they did, a small group, and here we are today. 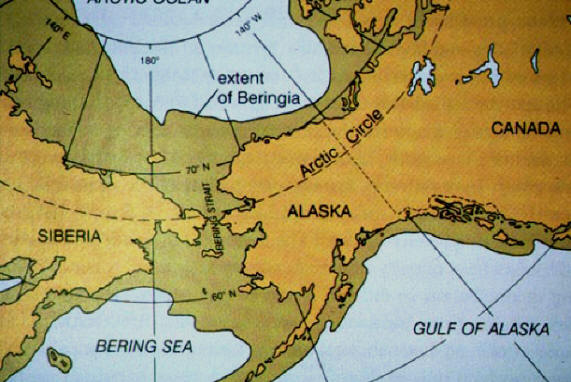 Female Native American’s mitochondrial DNA (mtDNA = the direct maternal line) falls into 5 haplogroups, or genetic clans, for lack of a better description.  They consist of subsets of haplogroups A, B, C, D and X.

In a paper titled “The Phylogeny of the Four Pan-American MtDNA Haplogroups: Implications for Evolutionary and Disease Studies,” published in 2008 in Plos One, the authors studied groups of DNA results and determined that 95% of Native American mtDNAs are descended from the six founding mothers carrying haplogroups of the A2, B2, C1b, C1c, C1d, and D1. The other 5% is composed of the X2a, D2, D3, C4c, and D4h3 sub-haplogroups.

You know, it’s amazing to think that only 6 women were responsible for peopling the Americas, but indeed, there were.  Those are the original grandmothers, ancestral to all of us who carry Native blood in any degree today.  Since there were only 6 in the founding group, it stands to reason that if we are descended from one of them, we’re descended from all of them.  After all, who were their children going to marry if not each other?

It’s startling to think that in this way, we can track our ancestry back at least 12,000 years in time and we know where those ancestors were, even though we will never know their names.  They exist today, in each and every one of their descendants, in some small part.