How do you spell Opportunity? Highland Park, Michigan

Where, you ask, is Highland Park, Michigan and why would someone go there?  More specifically, why would many someones go there?

The answer becomes apparent when looking at the draft card registrations of the men in 1917 and 1918 who were born elsewhere, from many places, but were all registering in Highland Park, Michigan.  Patterns means something, so lets look at Grover W. Martell and see what we can discover.  His record is particularly rich.

Grover W. Martell, in the index, is listed at having been born in Oklahoma in 1892 and was registering for the draft in Highland Park, Wayne Co., Michigan.  This in and of itself isn’t terribly unusual, but the fact that so many men were registering from Highland Park, which is a small suburb of Detroit, caused a raised eyebrow.

Looking at Grover’s registration card itself, there are three great pieces of information for us.  First, the answer to the original question of why so many people registered in Highland Park.  It’s a 4 letter word – one that all of us are very familiar with.  Ford.  Yes indeed, Ford had a facility there.  So did Chrysler, eventually.  The Ford plant there was the second production facility for the Model T, a hot item at that time, and was state of the art, having opened in 1910.  It was the first plant to have an assembly line, and as all assembly line work does, it needed workers.  And that is what spelled opportunity for many people from all over the country.  Highland Park, and eventually all of southeastern Michigan became a destination location. 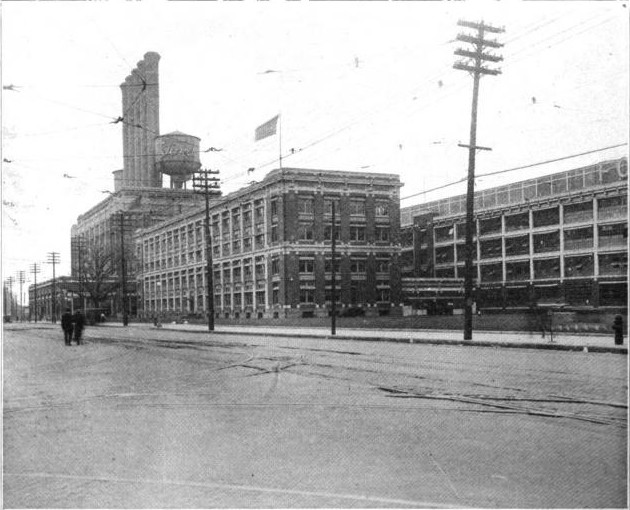 But that’s not all we discover about Grover Martell.  He was born in Tecumseh, Oklahoma.  He had spent 5 years at the Carlisle Indian School in Carlisle, Pa. which he claimed as 5 years of military service.  He says he’s a student at the Ford Plant.  I’ve seen this on the registrations of several others, so I’m not positive what this means.  From his address, it appears that he is living in some of the housing constructed by Ford for the workers.  It wasn’t free, but it was quite reasonable and was created to attract workers.  The community could not absorb so many people without additional housing.

Like so many others, Grover Martell moved when opportunity came knocking.

2 Responses to How do you spell Opportunity? Highland Park, Michigan